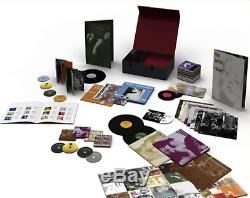 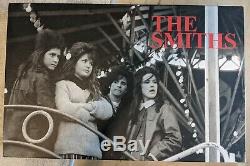 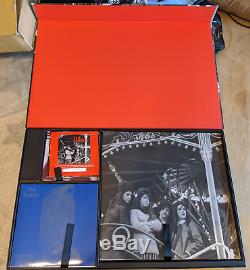 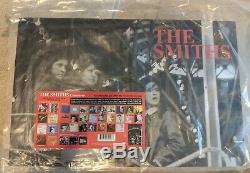 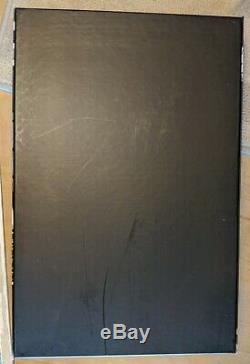 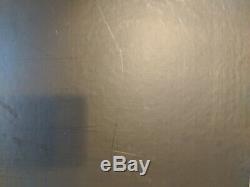 All photos (after the stock promo photo) are actual photos of the box set. There is very minor wear to the bottom of the box. The Smiths Complete Super Deluxe Box Set. One of only 4000 that made.

It includes every one of The Smiths releases on CD and 12" Vinyl, as well as every 7". Poster cards of each of the albums and a DVD. The box has been opened, but none of the Vinyl. CDs or the DVD have been played, even once. None of the posters were hung or used.

And three compilations Hatful of Hollow. The World Won't Listen. Over 8 CDs or 8 LPs. A deluxe version contains the albums on both CD and LP formats as well as 25 7 vinyl singles and a DVD. Despite its name, this remastered compilation is not truly a complete source of Smiths recordings as several officially released songs are missing on both the standard CD and LP versions.

This includes the live recording of "Handsome Devil, " the studio versions of "Accept Yourself" and "Wonderful Woman", the group's three Sandie Shaw collaborations ("Hand in Glove", "I Don't Owe You Anything", & "Jeane"), the live tracks from the "That Joke Isn't Funny Anymore" single, the studio version of "The Draize Train", "Work is a Four-Letter Word", "I Keep Mine Hidden", the live cover of James' "What's the World", the 1987 Peel sessions from the "Last Night I Dreamt That Somebody Loved Me" single, and the early cello version of "Pretty Girls Make Graves". The'deluxe version' contains several of these tracks as part of the 7 vinyl set, but is still missing several studio and live tracks. The package claims "Each album has been taken back to original tape sources and remastered by master-engineer Frank Arkwright, assisted by Johnny Marr at the Metropolis Studios in London". The CD version is presented "in VINYL REPLICA sleeves", including the restored The World Won't Listen.

Due to its nature the package did not have an A&R so to speak but it was project managed by Gary Lancaster who also worked on'Total' by Joy Division. And several other Warner Music Group releases.

(As is referenced in the accompanying book within the package). Marr said of the reissues, which were released on both CD and 12" vinyl, "I'm very happy that the remastered versions of The Smiths albums are finally coming out. I wanted to get them sounding right and remove any processing so that they now sound as they did when they were originally made. I'm pleased with the results.