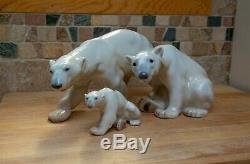 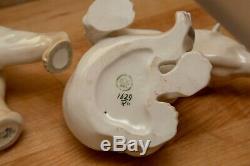 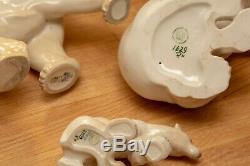 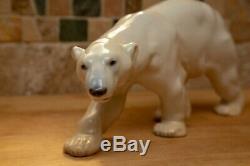 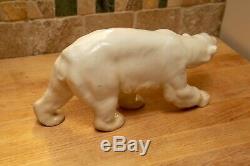 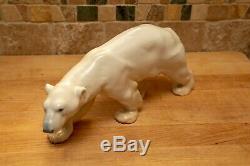 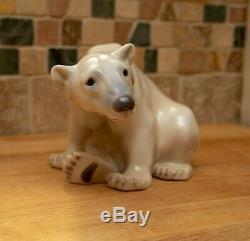 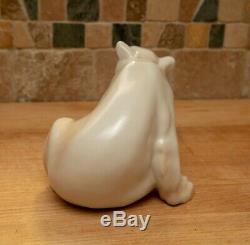 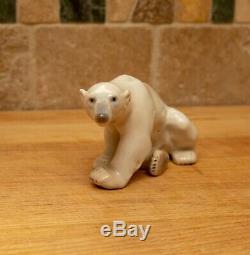 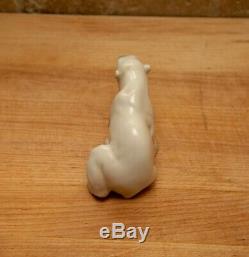 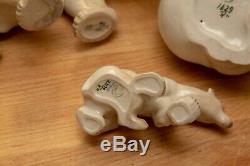 Bing and Grondahl Copenhagen Polar Bear Family - Rare Set of 3 - Porcelain Excellent Cond.. Coat of Arms of Copenhagen. Dinnerware series became known as the "National Service of Denmark" in the 1950s when it was found in one tenth of all Danish households.

In 1987 the company merged with its primary competitor. Bing & Grøndahl was founded on April 15, 1853, by Grøndahl, who was a figurine maker for the Royal Danish Porcelain Factory, and the Bing brothers, who were art and book dealers. The factory was located on the corner of Vesterbrogade and Rahbek Allé in the Vesterbro area, at that time outside the city Grøndahl initially began the company to produce porcelain figurines modeled on the neoclassical sculptures of Bertel Thorvaldsen. The company extended production to include elegant tableware and coffee sets.

The modest, classic design features flying seagulls against pale blue backgrounds, sea horse handles and shaded patterns of scales around the edges. Due to its popularity from the 1950s to the 1980s, the Seagull design was considered the "National Service of Denmark".

During that period one out of every ten Danish households owned some of the dinnerware service. In 1895, Bing & Grøndahl created the first in their series of Christmas plates. Designed with a traditional winter scene in cobalt blue and white, the plates have been released annually for more than 100 years. Noted as desirable by collectors, this series became responsible for a large portion of the company's production. In 1987 the company merged with its primary competitor, Royal Copenhagen.